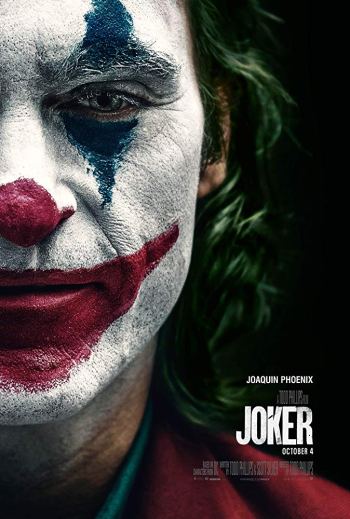 He’s a character virtually just as famous as Batman, a villain who has often overshadowed his vigilante nemesis in story and deeds, featuring a face that is instantly recognisable. There’s a lot to be said about the Joker, and a lot more to be seen. We’ve had many different iterations of him in the past, through comic books, graphic novels, television, animation and film, but they all also have their similarities that link them together (whether it be the costume, the make-up, the characterisation etc.). As interesting a character as the Joker is, it can’t be easy to come up with original ideas pertaining to how he became arguably Batman’s/Bruce Wayne’s enemy number one. But then one of the best things about the character (at least, the best thing for writers) is that, unlike most comic book characters, the Joker has no definitive back story, no origin that is considered canon, meaning he is fair game for writers with imaginations or who want to use him in a particular way, i.e. for social commentary (too obvious, perhaps?). Is director/co-writer Phillips’ Joker just another version of the character who doesn’t veer too far from the common stories/appearances of the character, or has being a standalone film, away from the madding DCEU crowd, meant we’re actually getting something fresh and new?

Set in a crime-ridden Gotham, with employment also on the downturn, around the early 1980s, Arthur Fleck (Phoenix) works as a clown-for-hire and lives with his aging mother, Penny (Conroy), whom he cares for. Arthur is disillusioned with the world, angry at the way he is treated, particularly by those who claim they want to help those less fortunate but do little to understand them. He also possesses a rare neurological disorder which causes him to laugh uncontrollably, making his life even more difficult, often getting severely assaulted as people misunderstand him even more. In spite of this, Arthur has a dream: to make people laugh and bring joy to others through his stand-up comedy. When funding to the social sector is cut, Arthur is left without a social worker and access to his medication. He thus starts to spiral even more, and his actions become more and more depraved, to the point of garnering media attention. Arthur is tired of being invisible and expecting his mental health to be so too, and so he begins a transformation that will bring him out of the shadows in more ways than he knows.

Joker has so far been (and probably always will be) controversial: the level of violence has been heavily criticised, with the use of guns and physical brutality being a source of contention. While these opinions are mostly valid, we should perhaps also ask ourselves why it’s such a big deal to have this level of violence portrayed on screen (not for the first time and certainly not the last). One of the biggest reasons cinema exists is to make us reflect on our reality and force us to confront it: guns and violence are a huge part of our existence, particularly in the US, whether we like it or not (hopefully you do not), and until gun laws are rectified (or, in a Utopic world, guns and weapons cease to exist at all), movies will confront us with realities that many of us choose to ignore. One other of those realities is mental illness. In a few places in the world mental illnesses are slowly becoming the talking point they should be, and Joker is a wake-up call to leaving those who are falling through the cracks unnoticed, and consequences (albeit quite extreme potential consequences) if funding to the social sector is lessened or cut completely. The social commentary of the movie is like a wet sponge to the face on a freezing cold day: it’s horrible but it’s there and it’s imploring us to face it and deal with it. Phillips’ vision of the character is highly commendable, not just for Arthur/Joker himself, but the story as a whole: you could pull Joker out of it and use a completely original character, and the messages and themes will still be abundantly clear and impossible to ignore.

As a character, Arthur is, to a certain extent, incredibly relatable. At times he’s endearing, other times he makes us feel uncomfortable. It’s when we come to his alter-ego of Joker that the line starts to blur. How far is a person willing to go to get revenge? How can we possibly relate to someone who goes to such extreme lengths to exact revenge? Does revenge always have to involve violence? The character causes us to ask so many more questions than can be answered by the movie (and this is another reason cinema in general exists), and this sets it apart from previous versions of the character. Physically, a lot of the character is recognisable as who we generally know to be the Joker: the green hair, the suit and, of course, the make-up. The oppressive nature of Arthur’s surroundings also isn’t entirely original, but much of the plot and aspects of Arthur’s life that build him up (or break him down, really) to become who he’s meant to be are very refreshing for a Joker story (no spoilers here). If there’s one thing that does sometimes detract, it’s probably the score, as sometimes it doesn’t really feel like it gels with some scenes, yet on the other hand that could be seen as something of a dual-mentality: what we’re seeing isn’t connecting with what we’re hearing, and that could arguably work for a movie that presents the complexities of mental illness. And, again, if we were to lift out the character whom we know to be the Joker and substituted an original character, the movie would still be a very interesting character study and a thoughtful dive into the world of psychology and nature versus nurture. Many of the themes are very familiar movie themes, but the ways in which Phillips presents them are new for the character and would make for great case studies on film courses.

Through all of this, truly it’s Phoenix’s performance that makes the film what it is. He’s always been an exceptionally talented actor and conversely humble in the roles he chooses to commit himself to, usually shying away from more mainstream projects or those that don’t have much to say. More often than not he opts for characters and stories that not only have depth but also, just like Joker, force people to think for themselves about what they’re seeing (Her and You Were Never Really Here are just two such examples). Every actor who has ever played the Joker, in whatever form, has been perfectly cast due to their ability to convey a handful of the myriad aspects of the controversial character, and Phoenix is no different. His collaboration with Phillips as his director is clear to see through the way he comes across onscreen, particularly that uncontrollable laugh that Arthur has, and his commitment to the character and the film as a whole is inspiring (but then we would expect no less from Phoenix). Supporting performances are also as excellent as we’d expect from the likes of Conroy and De Niro, De Niro in particular, with his role clearly being an inversed version of his role in The King of Comedy (another beautiful thing about cinema and the considerate connections that can be made to make an important point).

The movie will be quite familiar to fans of the Joker and/or Batman, with many well-known characters making cameos at important moments (some never have their names mentioned but it’s quite clear who they are supposed to be), but so much of it will be fresh, too. It’s a wonderful thing that Phillips chose to make this as a standalone, because it would somehow ruin the character and perhaps the longevity of this movie were Phoenix’s Arthur/Joker to reappear in any future DCEU-related movies (or even the upcoming Robert Pattinson-fronted Batman movie). Phillips and Phoenix were able to go their own way with the character, and to further lengths than ever before, and even with Gotham City, a character in itself. Although it’s caused quite a stir amongst critics and audiences, the fact people are talking about it so much shows Phillips has achieved something considerable (not bad for the guy who directed The Hangover). Yes, it will make people feel uncomfortable at times, but it cannot be iterated enough that that is cinema (and in this case specifically Phillips and Phoenix) doing what cinema is (and they are) supposed to do: thrusting reality in your face and making you FEEL. Despite all the comparisons to and clear influences from certain Scorsese movies, Joker is a fantastic piece of cinema that stands firmly on its own two legs, a movie that will keep you thinking for some time to come.

One thought on “Joker – Review”