As we approach the release of yet another addition to the X-Men franchise, why not revisit all of the Sony Marvel Universe’s (doesn’t quite have the same ring to it as the MCU) movies? From 2000 until 2018, we’ve had some real highs and lows with some of Marvel’s most famous and popular characters. Now that Disney owns 20th Century Fox, who in turn own the film rights for X-Men characters, can we expect to see them enter the MCU in the future? Possibly, but it’s highly unlikely we’ll see them as we’ve known them for the past eighteen years (so probably no Hugh Jackman [who has retired as Wolverine anyway], Patrick Stewart, James McAvoy etc.). So with Dark Phoenix almost here and possibly the end being nigh for this X-Men timeline, let’s take a little trip down the days of future past…

The franchise was off to a good start. With Hugh Jackman (who was once offered the role of Iron Man [IMAGINE], turning it down and opening the way for Robert Downey Jr.) cast as the infamous Wolverine/Logan, Patrick Stewart as Professor Charles Xavier (exactly what the comic book fans wanted) and Ian McKellen as Eric Lehnsherr, aka Magneto, this film could only have gone one way. We’re introduced to many Marvel characters, some more well-known than others, as Professor X brings them all together in a fight against Magneto, a villain who actually has depth. Bryan Singer helms the film and does a sterling job of interspersing action and drama and tying them together with realistic themes that all characters in the X-Men universe experience (loneliness, being an outsider, facing prejudice, amongst others). The dialogue is corny at times, but there’s a lot there for old and new X-Men fans.

Not quite as good as the first, but realistically, what sequel ever is? Still, we get to learn more about the characters (Wolverine/Logan, in particular) that we met in the first movie. Singer ups his game with the look of the movie, including updated costumes, hair and prosthetics, but overall it doesn’t have the same impact the first movie had. It’s worth a watch, if only for the story arcs (again, Wolverine’s in particular), but there’s definitely room for improvement.

Brett Ratner takes over from Singer in the third installment, which sees mutantkind take a stand against humankind – though not all mutants are up for this. We now get more of a look-see into the past of characters like Jean Grey (Famke Janssen), Professor Xavier and Magneto in order to understand how they’ve gotten to the situation they end up in here. There’s a lot more action than X-2 and there’s a lot more at stake overall. There are some oddities, such as Scott Summers’ (Cyclops) involvement (or lack of, due to actor James Marsden’s schedule, apparently), but it’s a satisfying enough end to this initial trilogy.

I’m not too sure what to say about this one, as I zoned out a lot while watching. If you’re watching through the series, you can skip this one really. Doing a Wolverine origin story is, in theory, an excellent idea, as his past is an interesting one. But this movie just felt overly long and didn’t really introduce much in the way of new information. Suddenly making Sabretooth (Liev Schrieber) Logan’s brother despite their brief and unfamiliar encounters in the first movie was a strange move – audiences don’t just forget these things. Many of the shots of Wolverine doing his thing (flexing his claws, shouting, screaming) came across as tacky and often cheesy. The way he’s portrayed just doesn’t sit right with who we’ve come to know as the Wolverine. It’s probably best the intended origin series (which was to give multiple X-Men their own origin movies) never came to fruition. Better luck next time, guys.

Why do one origin story per character when you can trace most of them back through just one movie? Charles and Eric (Professor X and Magneto) get the main bulk of the storytelling, and as their tumultuous friendship is rather inconsistent, it’s a good way to see how it all came about for them both in the first place (with this film thread, of younger selves, also serving to mend plot holes and wider inconsistencies within the X-Men film universe). More excellent casting in the way of James McAvoy as young(er) Charles and Michael Fassbender as young(er) Eric makes it even more enjoyable. Throw in the likes of Jennifer Lawrence and Nicholas Hoult and you’ve got something to entice younger audiences. More desnse on story than perhaps any of the previous installments does it a little disservice at times when it becomes quite dialogue-heavy, but we come to understand more of the wider X-Men universe.

A little better than Origins, with a more interesting story in between the bouts of violence and epic Wolverine fights that we’ve come to know and love, but still not quite getting to the heart of Logan. Here he’s in Japan, supposedly to see an old friend but getting caught up in other peoples’ business, of course. Considering Wolverine’s weapons are his adamantium knuckle-claw-blade-things, where better to throw him in the deep end than the country known for samurai swords? If any good comes of this movie (and any movie specifically featuring Wolverine), it’s that we become more and more attached to one of fiction’s most reluctant heroes.

An interesting enough film, but being a sequel (of sorts) to First Class and almost a continuation of Last Stand, it was never really going to rival its predecessors. Having said that, there’s something rather satisfying about seeing past and future characters in the same film, and even interacting with each other in their fight against those who want to wipe out mutantkind. Also features some excellent visual effects in a scene with Quicksilver/Peter Maximoff (Evan Peters) that will keep your eyes glued to the telly. A good move to bring back Bryan Singer, back to the franchise he kick-started, but overall he can definitely do better than this. 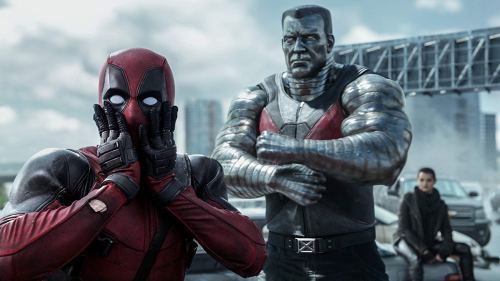 A long time coming, many Deadpool fans eagerly awaited this movie, not least Ryan Reynolds, a Deadpool fan who plays the titular character. With its obscene, fourth-wall breaking dialogue, fun use of visual effects in some parts and well-written comedic characters, it’s truly a fun addition to this franchise. Although not strictly an X-Men movie, it’s technically within the same universe, especially as Reynolds already appeared as Deadpool/Wade Wilson in Origins, a regretful thing that is often brought up by Deadpool himself. It’s Reynolds and the writers that make this movie work. One epic downside though? T.J. Miller.

Singer is back with his latest addition, bringing with him newer and younger actors for newer audiences with more background on the characters we’re already very familiar with, some of whom don’t yet know where their allegiance will lie. Apocalypse (Oscar Isaac, would you believe) is an ancient evil mutant who wants mutantkind to rule the world (but himself specifically), which proves to be an appealing thought for Magneto. It’s another fairly strong story, but mostly for our familiar characters rather than the titular villain. Going back to the comics and using aspects of storylines is a good idea and it often works, however there are probably more interesting villains to use (or villains that could be used in a better way).

So far, this is truly as good as it gets. James Mangold must have known the direction he wanted to take the character of Logan when he directed The Wolverine, however perhaps pre-Deadpool his vision was stifled. Post-Deadpool, knowing that R-rated movies will still pull in audiences and break records, he was able to make Logan, freeing up the character to be exactly who he needed to be all along. The guy is tired and at the end of his rope, ready to let it all go, until a young mutant girl enters his life and changes his inner being for the better. It’s full of emotion, just the right amount of action and will play on the audience’s sympathy that’s grown for Logan since X-Men. With excellent performances from all involved (Patrick Stewart is never better than when he’s saying “fuck off”), it is simply the perfect way to round off Logan’s tale. Also, catch it in black and white, Logan Noir, if you can.

Pretty much the same as the first, but the novelty is already starting to wear off. The comedy is still there, with Wolverine being the butt of many jokes, but it doesn’t quite take it to the next level. Others will definitely disagree, as there’s a lot of love for this movie and the character, but I think you have to have a certain type of humour to be able to put up with this kind of comedy for too long. At least Josh Brolin is awesome as antagonist Cable, because Brolin is always awesome. You can see a full review of Deadpool 2 here. Also, again: GET RID OF T.J. MILLER. He’s ruined enough movies already.

What would a Marvel-based film be without a cameo from the late great co-creator of the X-Men, Stan Lee. Shown above are his cameos in (left to right) X-Men, The Last Stand, Deadpool, Apocalypse and Deadpool 2 (after a fashion). Without Stan we wouldn’t have many of the epic stories that we enjoy so much, so a tribute to him is always called for. 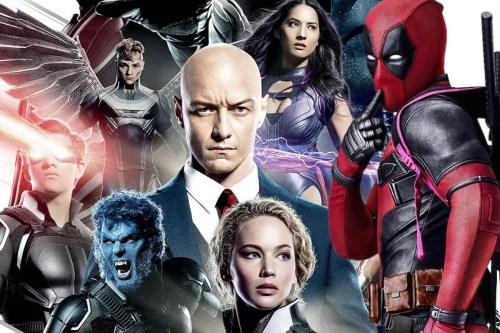 The X-Men franchise has defintely had its ups and downs, but its been up for the most part. With awesome characters and fun and entertaining storylines, it shows no signs of slowing down. Dark Phoenix (trailer below) will take Jean Grey’s (Phoenix/Dark Phoenix, played by Sophie Turner) story arc to the next level, though thanks to the previous films we kind of already know what happens… unless they decide to introduce another universe, or different characters, or if Disney go crazy and do something outside the box… who knows what will actually happen to the X-Franchise in the future, but if one thing’s for sure, there’s definitely no need for it to slow down any time soon.