We’re just coming into the peak of summer, but the blockbuster season is already dying off – at least in a sense of movies to look forward to. It’s slim pickins this month, but with many people out enjoying the sunshine it’s probably best that there’s not a lot to be missing out on in cinemas. Having said that, there’s a handful that could be worth giving up a couple of hours in the sun for. Whether it’s a comedy, a drama or an action that you’re after, whether you’re looking to kill some time by yourself or to entertain the kids whilst they’re out of school, everything is catered for. Check out the top three below for inspiration.

Well, it wouldn’t be summer without a Marvel release now, would it. Back for his second go-around as Scott Lang/Ant-Man, Paul Rudd brings back the funny, this time with a partner-in-crime in the shape of Evangeline Lilly’s Hope Van Dyne/Wasp. With a female superhero credited in the title of a Marvel movie for the first time (with the upcoming Captain Marvel being the first solo female superhero movie for the comic book giant’s film studios), they’ve clearly taken note of the current changing climate in Hollywood. This movie will also likely explain Ant-Man’s lack of appearance in Avengers: Infinity War, and perhaps even hint as to what could happen in Avengers 4 next year (a standard post-credits scene will be all we need). 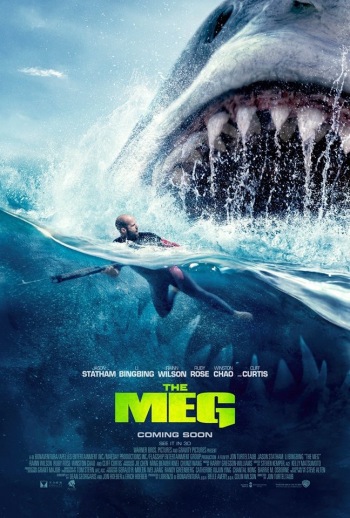 Normally I wouldn’t be one for these ridiculous movies with ridiculous creatures and ridiculous lines from Jason Statham, but having read somewhere that director Jon Turteltaub fully understood the ridiculous concept and decided that this was an action movie featuring a ridiculously big ancient shark called a Megalodon and it was just something to have fun with made me look at it a bit differently. Potentially living somewhere between Jaws and Deep Blue Sea, The Meg could be just that: something to have fun with. I also firmly believe The Don would have been a far better title. 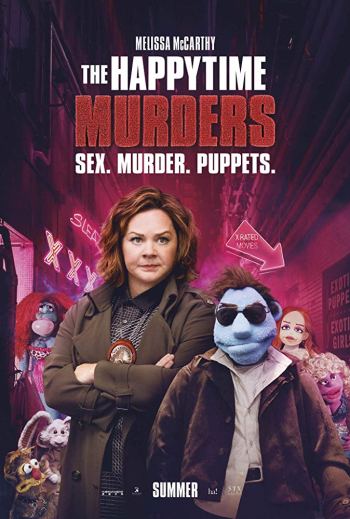 One part Sesame Street and one part Avenue Q, this muppet-based comedy from the one and only Brian Henson, son of the great Jim Henson, creator of The Muppets, has the potential to be a great source of entertainment. Having had The Muppets revamped in 2011’s The Muppets and the 2014 sequel Muppets Most Wanted, both featuring modern (human) comedy legends, we’re still fairly accustomed to seeing muppets and humans come together in fun and endearing stories. The Happytime Murders however, judging by its title, could be a step-up into the more adult humour of the stageshow Avenue Q (if you haven’t seen it, I very much recommend trying to catch it off-Broadway or touring the UK in 2019). This won’t be one for the kids.

Beirut
The Darkest Minds
Dog Days
The Domestics
I Can Only Imagine
Leaning into the Wind
Pope Francis: A Man Of His Word
Sgt. Stubby: An Unlikely Hero
Under the Tree
Unfriended: Dark Web

Christopher Robin
The Equalizer 2
God’s Not Dead: A Light in Darkness

The Spy Who Dumped Me

Fantasy Island - ⭐️⭐️ - with very few redeeming features, this feature film reboot of the television show from the 70s lacks in most areas, including story and dialogue, resulting in something messy and, frankly, boring. ☠️ Full review at dawnofthetapes.com - LINK IN BIO 📝 #film #movie #review #fantasyisland #jeffwadlow #michaelpena #maggieq #lucyhale #austinstowell #jimmyoyang #ryanhansen #portiadoubleday #michaelrooker #blumhouse
Onward - ⭐️⭐️⭐️⭐️ - A heartwarming movie that deals with strong themes sensitively and carefully while retaining a lot of fun and entertainment, making it the perfect package for audiences of all ages, particularly those who may be able to relate to its subject matter. 🧙🏻 Full review at dawnofthetapes.com 📝 #film #movie #review #onward #danscanlon #tomholland #chrispratt #julialouisdreyfus #octaviaspencer #disney #pixar
The Invisible Man - ⭐️⭐️⭐️⭐️ - As horror movies go, writer/director Leigh Whannell has succeeded where many before him have not, in creating something that is successfully scary, suspenseful and thrilling without using obvious horror movie tropes, and by coming at this reboot from a fresh angle but retaining the important points of the original story. 😱 Full review at dawnofthetapes.com 📝 #film #movie #review #theinvisibleman #leighwhannell #elisabethmoss #oliverjacksoncohen #horror #hgwells
Emma. - ⭐️⭐️⭐️ - While it’s a classic Austen novel, the story of Emma has become somewhat redundant, and this latest adaptation does its best to entertain at some points but struggles overall to find its groove and be in any way relatable to modern audiences. 💖 Full review at dawnofthetapes.com 📝 #film #movie #review #Emma #autumndewilde #anyataylorjoy #johnnyflynn #miagoth #billnighy #mirandahart #janeausten
What’s On - March 2020 - a roundup of releases over the coming month. 🎬 Full article at dawnofthetapes.com 📝 #films #movies #thepaintedbird #misbehaviour #mulan #onward #aquietplace2 #vivarium
Birds of Prey - ⭐️⭐️⭐️ - The breakout star of Suicide Squad gets her own movie, but she’s not necessarily the best thing about it. Despite a lacking storyline and some weak characterisation, there’s plenty of action and humour to enjoy, with the hope that this movie will be a jumping-off point for more women of the DCEU. 💎 Full review at dawnofthetapes.com 📝 #film #movie #review #birdsofprey #birdsofpreyandthefantabulousemancipationofoneharleyquinn #cathyyan #margotrobbie #jurneesmollettbell #rosieperez #maryelizabethwinstead #ellajaybasco #ewanmcgregor #aliwong #harleyquinn #dceu #huntress #blackcanary