And now for something completely different…

As we all may know, most, if not all, cinemas in the U.K. are currently closed due to the recent outbreak of Covid-19. It’s a pretty dismal time for all of us, and many of us rely on films (particularly in an immersive cinematic setting) to get us through tough times, so it’s an extra bummer to not have our comfort zones available to us. Of course the most important thing at this time is everybody’s health, and to that end we are all housebound.

Luckily, we have so many streaming services at our disposal, and so instead of bringing you a list of cinema releases that are no longer happening this month, I’ve got a list of the best streaming services for both film and television that can hopefully help get you through the times ahead. And fear not if money is an issue right now (as I’m sure it is for most of us), as the majority of these services have free trial periods, so you can try a different one each week! Just remember to cancel it before it takes a payment, as usually you’ll have had to enter your card details in order to sign up (you can cancel it straight away and you’ll still get your free trial period, so that way you won’t forget!) Also, if you’re able to afford a subscription, some of them allow multiple profiles, so you can split the cost, especially if you have to pay extra per profile, or be the extra nice friend/family member who treats everyone! Rumour also has it that many production companies, who would’ve released movies in cinemas over the next couple of months, will be premiering some of their upcoming releases via streaming services (most of them for a price, most likely). So that could be something to look forward to!

The OG streaming service for film and television. Because it’s been around for quite a while, not only do you have hundreds of television boxsets and movies (some well-known, some rather obscure), but you’ve got entertainment from all around the world, including strange variety shows and fascinating documentaries, and lots of original content. The price is quite up there if you want more than the standard profile, but for what you’re getting (plus the consistent adding of new titles and original content) it really is worth the money.

If you already have an Amazon Prime account (in which you can get perks such as free next day delivery in mainland UK), then you’ll have Amazon Video already at your disposal! Otherwise, you’ll have to sign up for an Amazon account in order to use this service. In a similar manner to Netflix, it offers well-known content as well as Amazon originals, many of which have proven to be very popular since its inception. You also have the option to rent or buy some shows and films, and it’s fast becoming a launchpad for films just out of cinemas. At the moment, with cinemas closed, it’s also showing very new films (for a price), so we won’t miss out entirely on newer releases. It also offers subscriptions to other smaller subscription services that would be added to your monthly bill, such as Shudder, Hayu, Curzon, MUBI, NASA TV and AppleTV and all kinds of services from all over the world. Worth checking out if you have a Firestick or PC to watch from.

Free trial period: 30 days.
Subscription price: £7.99 per month for Prime and Video, or £5.99 per month for just Video; £79 annual subscription.
Multiple profiles: None (unless you have an Amazon Household account, in which adults can, in a manner of speaking, blend their accounts to share benefits). 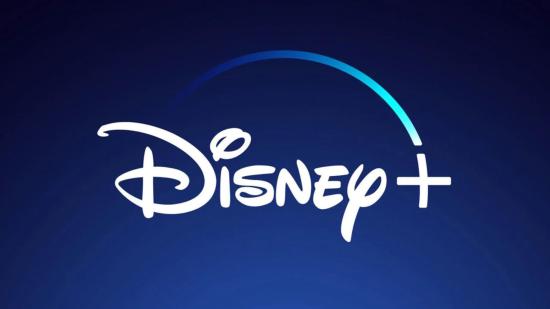 The latest big challenger in the streaming service arena, Disney+ offers almost everything you could want from Disney, including all (ALL) their movies, from Mickey Mouse/Steamboat Willie’s origins in the 1920s right up to the present day (they even have everything handily listed by decade in the search section – very convenient!). There’s also all the Pixar shorts, all the Marvel/MCU movies (and original animation TV shows!), Disney Channel shows from eras past (although why Even Stevens is missing is beyond me) and even a few offerings from National Geographic. If, like me, you’re someone who has collected all the movies over the years you might feel unbothered, but if your love of all things Disney goes beyond just the movies, you’ll find plenty to watch. The only downside is the lack of original content – there’s some, but it’s minimal in comparison to Netflix and Amazon (The Mandalorian is there, but we’re only getting one episode at a time, so don’t think you’ll get the free trial and be able to binge it!). Hopefully the original content will come in time. It’s also pretty competitive in the price arena.

NOW offers subscriptions (or ‘passes’) in a few different areas: Entertainment Pass (includes Sky Originals and HBO dramas); Sky Cinema Pass; Sky Sports Pass; Kids Pass; Hayu Pass (for your reality TV binge); NOW TV Boost (add to another pass for HD, Surround Sound and 3 extra streams). Honestly, I’ve only used NOW when I’ve wanted to watch the Oscars via the Sky Cinema Pass, but if you’ve got a family where everyone has different interests, this could be a better service for you to use, and everyone can chip in if they’re able. It basically offers most of what Sky offers but you can pick and choose which passes to have depending on the content you want. You would probably also want to be using it a lot to make up for the price, as it does verge on the expensive side where streaming services are concerned.

Shudder is all about horror movies and shows. I tried Shudder when it first came out, and was given a slashed (pun intended) price of about £28 for a year’s subscription due to it being new. Honestly, as a horror fan, I loved it, and I think you will too if horror is your thing. Most other streaming services will give you the mainstream stuff, but if it’s the hardcore stuff, the B-movie stuff, the actual terrifying and horrifying stuff you’re after, Shudder is for you. I never returned to it after my subscription ran out about a year ago, but I’ve always been tempted to return to it, which I may just do now I have all the time in the world.

An excellent service for independent and foreign language cinema. While more mainstream streaming services are catching up in this arena, services like MUBI keep it exclusively to content you’re unlikely to see advertised at your local multiplex. Spanning decades, it offers cinema from time gone by and there are options to rent some films. It’s pricey, but if you’re going for a free trial you can probably squeeze in all the films you want to see.

If you’re particularly sad that your favourite independent/art house cinema has had to close, particularly if it was a Curzon cinema, here is your next best thing! It offers many independent and foreign language releases, ones you’re more likely to have heard of than those available on MUBI. Rather than being a subscription service it forms a rental service, with films ranging in price from £3.99 to £11.99. When you first sign up you’ll also be offered one free film, one of three you can choose from, which is a nice little gift.

Free trial period: None – one free movie on sign up.
Subscription price: None – rental prices only. If you are a Curzon Cinema member (an annual subscription, I believe) you get discounts.
Multiple profiles: None.

An obvious choice perhaps, but what some may not know about YouTube is that there are a few channels dedicated to short films, independent films/web shows, and foreign language films/TV shows, all you have to do is look! Also, as of April 3rd, a new channel called The Shows Must Go On! will be live-streaming (assumedly pre-recorded) one hit musical per week (usually on a Friday evening) to keep our spirits up. Even if it’s just happy animal videos, music videos, comedy videos (check out DreamWhale for some excellent content), how-to videos, whatever takes your fancy, you’re guaranteed to find some free content to entertain you (whilst also earning some money for content creators who rely on YouTube for income, especially right now!).

Free trial period: None – free to sign up for an account.
Subscription price: None.
Multiple profiles: None.

There are many more smaller providers, but these are probably the top ones currently. In the UK you can also stream a lot of free television content through services from channels such as BBC iPlayer (you’ll need a TV license), ITV Hub, 4OD and My5.

Hopefully things could be starting to return to normal, somewhat, next month, but we just don’t know what will happen at this point. Who knows how long we’ll be without our beloved cinemas, but at least we have our health and streaming services!