Right, now that awards season is firmly out of the way for the timebeing, it’s time for some new movies to breathe a little. That’s not to say the quality of new releases will now diminish in any way… far from it! We’re now likely to see many of the films that were screened during film festivals hit your average multiplex or indie cinema, so there’s plenty to sink your teeth into in that regard, but we’ve also got some great entertainment coming our way this month! The top choices for March may not seem like the most exciting of choices, but don’t judge them purely by their posters… 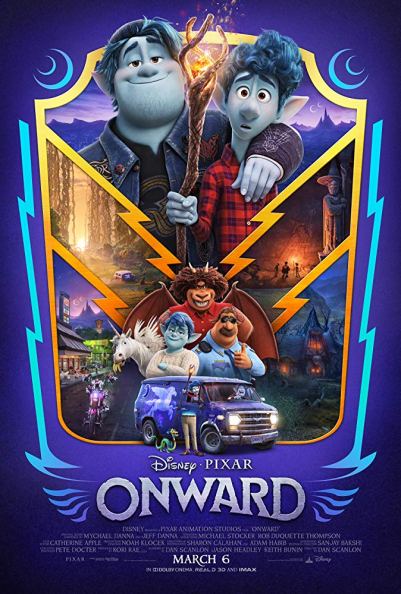 The latest collab between Disney and Pixar gives us yet another incredibly imaginative story that, judging by the trailer, has got multiple realistic layers beneath its fantastical surface. It’s set in a world akin to World of Warcraft and follows two elven brothers who have a chance to see their father again (assuming he’s passed away). Seems a bit on the sad side, but being Disney/Pixar, you know there’s going to be laughs aplenty and a moral artery that will run straight to the heart of the film. It also features an excellent voice cast to boot (Tom Holland, Chris Pratt, Octavia Spencer, Ali Wong, Julia Louis-Dreyfuss, to name a few!).

Did you see A Quiet Place? No? Well, you should. Right now. Because you are missing out. This sequel takes us to the start of the invasion of the creatures from heck knows where, and also takes us beyond the ending of the first movie. It might be hard to top A Quiet Place, as it had quite a unique angle to it and was fantastically written, but writer/director/co-star John Krasinski is certainly one to bet on. Here’s hoping we can be just as freaked out, if not more so, than the first time around.

So far, Disney’s latest live-action remake (minus the songs/talking guardian and added historical accuracy… more or less…) of one of its classics has courted some controversy. However, if we can put that aside and see Mulan for what it is via the trailer, it looks to be an absolute banger. Mulan looks to have been made a much stronger character and more able than her animated counterpart, and the action sequences look rather reminiscent of Asian action films. Many may be disappointed with the lack of Donny Osmond-style singing and the binning of Mushu and Cri-Kee, but I for one am ok with this. The original music will make an appearance in the new score (the trailer boasts a wonderfully amped up instrumental of Reflection), but the gritty realness of this new version is very welcome. It just remains to be seen if the controversial clouds floating above it will make any difference to box office takings (particularly as it’s Disney’s most expensive live-action remake to date).

Similar in its style to Bait, The Painted Bird is a gorgeous looking story about a young Jewish boy trying to survive in Eastern Europe during WWII. As a result of his wandering he meets many different people, meaning the film has multiple spoken languages. It looks tough, raw and emotional, perhaps not the easiest of viewing but certainly worth the time. It features the likes of Stellan Skarsgård, Julian Sands, Udo Kier and Harvey Keitel. If that level of talent doesn’t entice you, let the trailer speak for itself.

21st
Amber and Me