October is usually the month for horror/thriller movies, as we have Halloween fast approaching, but this year seems pretty low on the genre(s). We have the likes of The Dead Center, Tales From the Lodge and an animated Addams family adventure (hardly to be a terrifying watch, but still), but this month seems to be more about themes that matter in our current society, ranging from racial and disability discrimination (Farming and Chained For Life, respectively) to corruption within the police force (Black and Blue) and the Catholic church (By the Grace of God). Of course we do have much lighter films interspersed (the latest Shaun the Sheep movie actually looks like a good giggle), so this month’s four potential must-sees are a bit of a mixed bag.

This has been a hotly anticipated movie ever since it was announced that the excellent Joaquin Phoenix had been cast in the lead role, and thus far it has been highly acclaimed on the festival circuit and post-premier. Never has the casting been wrong where the character of Batman’s top nemesis is concerned (I think we can forgive Jared Leto, he did his best with what he was given), and Phoenix looks to continue that trend. He’s given some astounding performances in the past (Her, You Were Never Really Here, Walk the Line, to name just a few films containing his amazing talents), so the excitement for this film is firmly justified.

Based on writer/director Adewale Akinnuoye-Agbaje’s own experiences growing up as a black kid in a very white London, this is potentially, as one of the poster quotes says, a real eye-opener on the treatment of young Nigerian children who were ‘farmed’ out to London families in 60s-80s, supposedly for a better and safer life. Even more shocking is the twist (in the trailer) in which Yorubá, the protagonist, is picked on by a white supremecist, only for Yorubá to then join his skinhead group and pick on his own kind. Its themes are clearly still highly resonant today, but it’s Akkinuoye-Agbaje’s writing and filming style (judging by what we’re given in the trailer) that will grab your interest and make this one worth seeking out.

The trailer alone is incredibly heartwarming for this one. It’s also great to see more diversity in the casting of this movie too. Described as very much a Mark Twain, Tom Sawyer/Huck Finn kind of movie, it’s something that could be a breath of fresh air amongst the heavier movies on the way, as the chemistry between Shia LeBoeuf and relative newcomer Zack Gottsagen already flies off the screen. It’s also nice to see LeBoeuf getting out there again, and it’s always nice to see Dakota Johnson full stop. 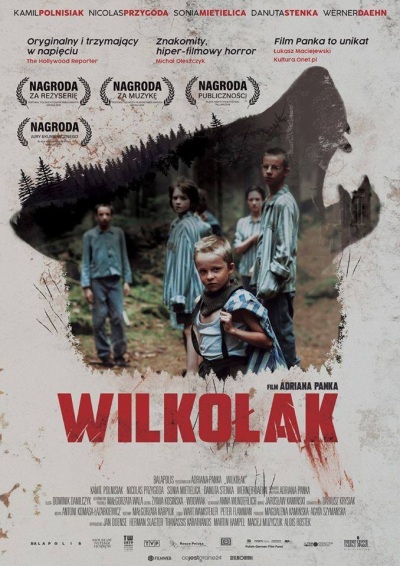 This month’s choice hails from Poland, which is probably what gives the plot of the movie extra heft that is very much felt through the trailer. It’s about a group of children who are liberated from a Nazi concentration camp who then have to fend for themselves whilst also defending themselves from aggressive dogs, with one child in the trailer even wondering if the SS soldiers had turned into the dogs in order to come back for them. It certainly looks like it’s not one for the faint of heart, but definitely another eye-opener about a horrific period in time.

18th
Back Roads
Jonathan Agassi Saved My Life
Ladyworld
Maleficent: Mistress of Evil
Mystify: Michael Hutchence
Non-Fiction
Official Secrets
Shaun the Sheep: Farmageddon
What You Gonna Do When the World’s on Fire

Birds of Prey - ⭐️⭐️⭐️ - The breakout star of Suicide Squad gets her own movie, but she’s not necessarily the best thing about it. Despite a lacking storyline and some weak characterisation, there’s plenty of action and humour to enjoy, with the hope that this movie will be a jumping-off point for more women of the DCEU. 💎 Full review at dawnofthetapes.com - LINK IN BIO 📝 #film #movie #review #birdsofprey #birdsofpreyandthefantabulousemancipationofoneharleyquinn #cathyyan #margotrobbie #jurneesmollettbell #rosieperez #maryelizabethwinstead #ellajaybasco #ewanmcgregor #aliwong #harleyquinn #dceu #huntress #blackcanary
The Personal History of David Copperfield - ⭐️⭐️⭐️⭐️ - Although he skims over some aspects of the source novel in order to keep it somewhat lighthearted, writer/director Armando Iannucci’s own personal brand of humour fits in well to bring this classic story to a new and modern audience, one that will no doubt appreciate the excellent (and wonderfully colour-blind) casting. 🎩 Full review at dawnofthetapes.com 📝 #film #movie #review #thepersonalhistoryofdavidcopperfield #davidcopperfield #charlesdickens #armandoiannucci #devpatel #tildaswinton #hughlaurie #petercapaldi
What’s On - February 2020 - a round up of this month’s movie releases in the U.K. 🎬 Full article at dawnofthetapes.com 📝 #films #movies #releases #gunsakimbo #cometodaddymovie #parasite #기생충 #emmamovie #olympicdreams #portraitofaladyonfire
Parasite (기생충) - ⭐️⭐️⭐️⭐️⭐️ - Another excellent picture from South Korean filmmaker Bong Joon-ho, Parasite is breaking new ground in the film industry, with its recognition at film festivals and award ceremonies all over the world, as well as bringing to light many themes surrounding social classes that are brought to life by excellent performances. 🏠 Full review at dawnofthetapes.com 📝 #film #movie #review #parasite #bongjoonho #songkangho #choiwoosik #choyeojeong #parksodam #janghyejin #leesunkyun #parkseojoon #기생충 #봉준호 #송강호 #최우식 #조여정 #박소담 #장혜진 #이선균 #박서준
Bombshell - ⭐️⭐️⭐️⭐️ - While not the most perfect film, Bombshell does what it needs to do in shedding light on the experiences of women who suffer sexual harassment in the workplace, using a true rather than fictional story to help drive home the reality of being a woman in a “man’s” world. 🙅🏼‍♀️ Full review at dawnofthetapes.com 📝 #film #movie #review #bombshell #jayroach #charlizetheron #nicolekidman #margotrobbie #johnlithgow #megynkelly #gretchencarlson
1917 - ⭐️⭐️⭐️⭐️⭐️ - As far as war movies go, 1917 is up there with the best of them in depicting the futility and the bravery of the men who risked or laid down their lives in WW1, a stark reminder of those still putting their lives on the line today. 🇬🇧 Full review at dawnofthetapes.com 📝 #film #movie #review #1917 #1917movie #sammendes #deancharleschapman #georgemackay #colinfirth #andrewscott #benedictcumberbatch