As the summer comes to an end, so does the season of blockbusters. Though we do have the likes of Brad Pitt (Ad Astra), Sylvester Stallone (Rambo: Last Blood) and Jennifer Lopez (Hustlers) throwing their star status around for some potential end-of-summer hits (or not), we also have quite a few more thoughtful independent films coming out, such as For Sama, Honeyland and Shock of the Future. Not every cinema will get all the films, unfortunately, but many of them are worth tracking down if you can do so. In the meantime, as always, here’s a few films that could be worth your hard-earned buck this month without having to travel too far (hopefully).

Chapter 1 was nothing short of exhilirating. Excellent performances surrounded by a well-written screenplay (that albeit runs away a bit from the source novel) made for quite a thrilling and at times terrifying film. Now, with the kids back as adults, they’re tasked with ridding their childhood town of the evil that plagues it. With another sterling cast it’s bound to be a real crowd pleaser. Let’s all welcome back Bill Skarsgård’s amazing ability to be downright scary as Pennywise the Dancing Clown.

Don’t let the poorly photoshopped poster put you off, or Awkwafina’s comedic background when it comes to her past performances. It’s already pretty obvious from the trailer that The Farewell is set to be a heart-warming and emotional tribute to family life, particularly that of a Chinese-American family, and Awkwafina will get a chance to really prove her acting skill goes beyond that of things like Crazy Rich Asians (although she was the best thing about that movie anyway). Definitely one to look forward to of a chilly autumnal evening.

This one may seem a little out of left field, but it has the potential to be comedy gold. Appearing to be something like Shaun of the Dead meets Father Ted and then has a threesome with The Exorcist, it could be a good warm-up to horror season, as Halloween quickly approaches. With its What We Do in the Shadows-esque humour, it’s sure to find fans in many Flight of the Conchords corners, as well as those who enjoy dark and dry comedy. Fingers crossed it lives up to expectations, because more often than not, these films don’t always provide what they promise. 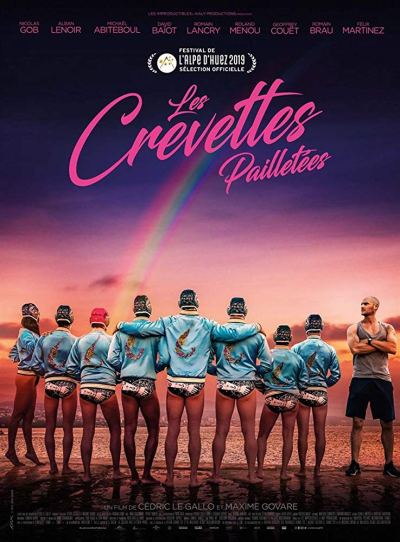 With the trailer being camp as anything and showing the homophobes what for, Les Crevettes Pailletées, aka The Shiny Shrimps, looks to be a rioutous French tour de force that ought to open many eyes, as if Swimming with Men went on holiday with Priscilla Queen of the Desert (the latter of which was briefly mentioned in a review). A bunch of gay swimmers embark on a competition to the ‘gay games’, accompanied by a very reluctant coach (á la Cool Runnings). Definitely something to brighten the darker seasonal days to come.